By Nicole Bullock at the Financial Times 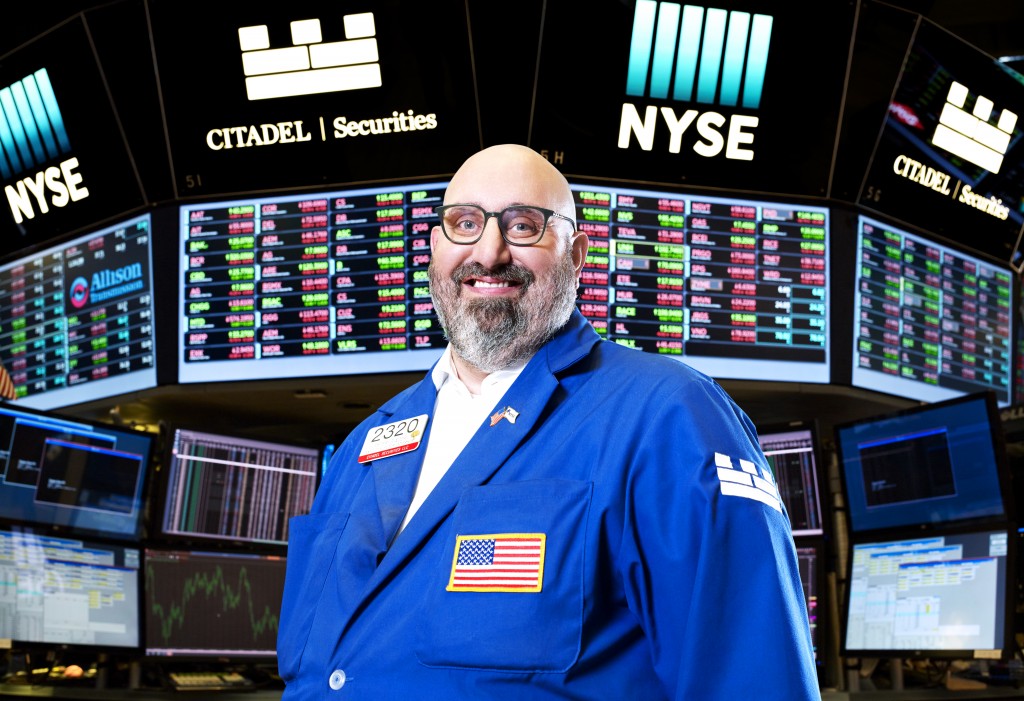 On Friday, Pete Giacchi will get up at 4am, as he does every morning. The senior trader at Citadel Securities will then take the same 5.45am ferry from Belford, New Jersey, to lower Manhattan, sit in the same place (starboard, fourth row, first seat) use the same turnstile entering the New York Stock Exchange, and open public trading in Uber — hopefully without a hitch.

Like many traders on NYSE’s illustrious floor, one of the last bastions of open outcry trading, Mr Giacchi is superstitious.

“Don’t print all this,” he jokes. “I don’t want anybody messing up my game!”

Mr Giacchi, 48, is a designated market maker, or DMM. Formerly known as specialists, DMMs are traders tasked with helping to keep dealings orderly and providing continuous bids and offers, putting up the firm’s capital if necessary.

Much is riding on Mr Giacchi and NYSE with Uber. The ride-hailing company could rank as one of the largest US tech IPOs in history, with estimated proceeds of up to $9bn and a valuation of more than $90bn.

On listing day, Mr Giacchi will be surrounded by a scrum of people, acting as the central point of contact for the company, its bankers, traders and floor brokers in setting Uber’s opening price.

For some, the existence of DMMs is anachronistic among the super computers and algorithms that handle much of the buying and selling in modern markets. But the human touch from traders like Mr Giacchi has become part of NYSE’s pitch to companies. 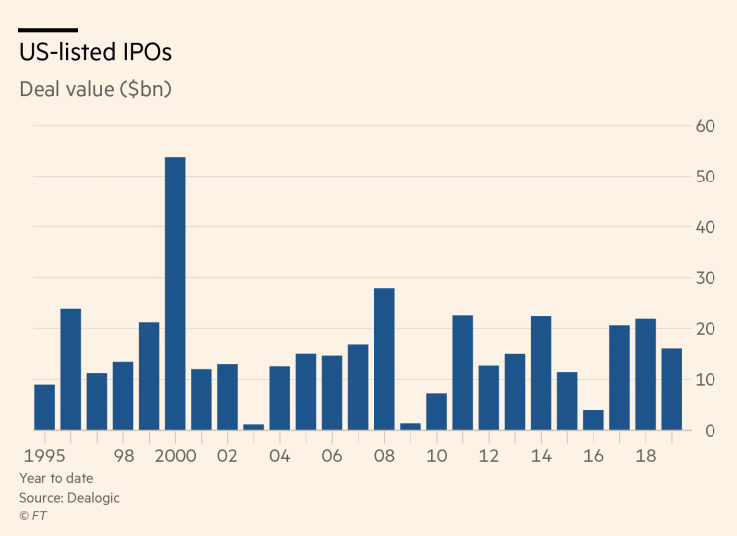 “During most of the day, the floor is a TV studio,” said Larry Tabb, co-founder of the Tabb Group, a capital markets consultancy, referring to the large CNBC studio that now sits on the NYSE floor.

DMMs account for about 2 to 4 per cent of daily trading volume in the US, according to NYSE, and they are responsible for establishing the first and last price for each NYSE-listed company.

Citadel Securities, which is separate from the hedge fund Citadel but also controlled by billionaire Ken Griffin, is an electronic trading powerhouse that handles about one in five shares traded daily in the US stock market.

Having bought its DMM business from rival trader KCG in 2016, Citadel Securities oversees trading in 1,450 NYSE-listed securities, with 40 of them in Mr Giacchi’s hands. As the firm’s head of DMM floor trading, Mr Giacchi also handles the debuts of companies that choose Citadel Securities for their DMM, including music streaming company Spotify, its Chinese counterpart Tencent Music and soon Uber.

As part of his research before meeting Uber’s top brass, Mr Giacchi not only used the ride-hailing service, but spent a few weekends driving.

“I wanted to make sure I understood how to sign up to drive and how the app worked for drivers. We always want to learn as much as possible about potential clients and this presented a real hands-on opportunity versus just reading about the company,” Mr Giacchi said. “I had a chance to live it for a few hours.” 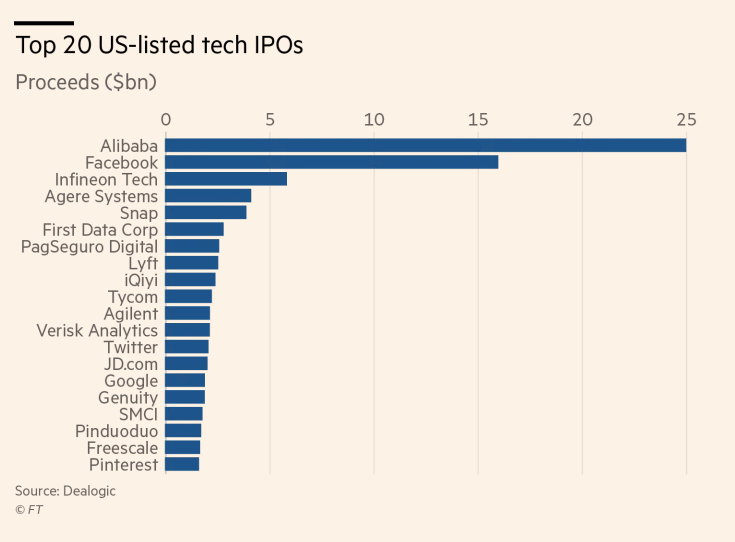 DMMs are paid a per transaction fee by NYSE to make markets in their companies’ securities. Other potential compensation comes from what they can earn on the spreads on trades. 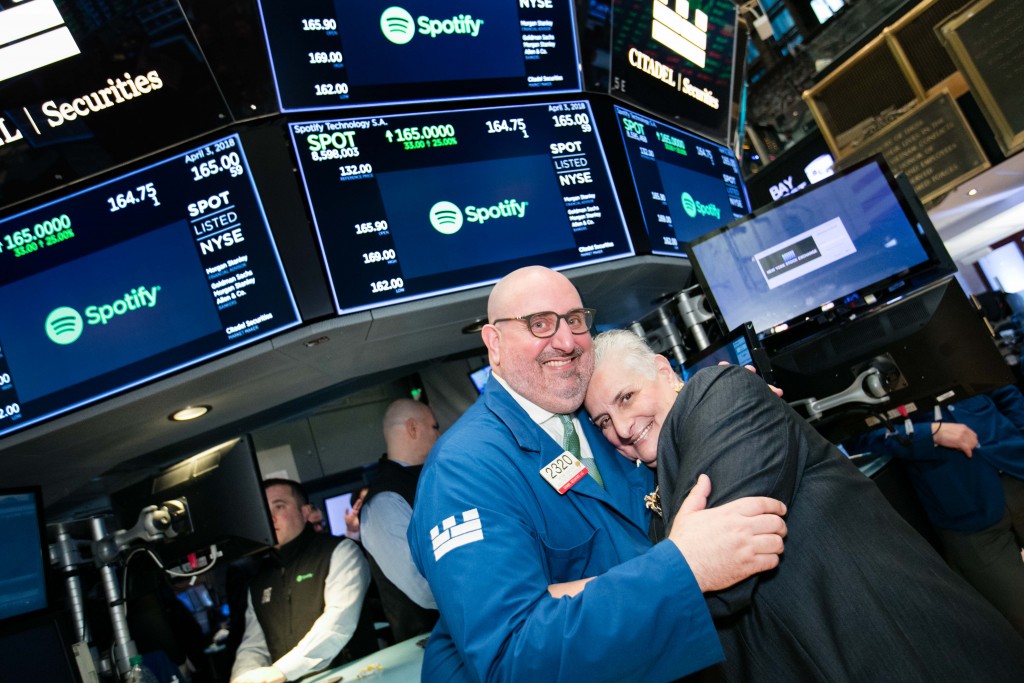 Mr Giacchi began trading on the NYSE floor in 1996 at JJC, which later became a unit of Bank of America. Unusually, he was following in the footsteps of his mother, Rachelle, who had given up selling Tupperware — the parties were running too late into the night — for a job as an assistant and later a stockbroker at Herzog Heine Geduld, a trader ultimately snapped up by Merrill Lynch.

While at JJC, Mr Giacchi worked with another trailblazer: Stacey Cunningham, now NYSE’s president, got her start at the outfit in the 1990s.

While some familiar faces remain, trading is much different than it was then. In 1999, NYSE counted 1,366 members. Today, there are 300, and most of the matching of buyers and sellers happens via sophisticated computers in New Jersey at speeds faster than the blink of an eye.

“Fifteen years ago, trying to even walk through the floor was like trying to walk through a maze of bodies,” Mr Giacchi said. “It is less crowded, but much more efficient. When it was more manual, you would sometimes have logjams on orders.”

For proponents of the hybrid system, the humans and their judgment are important, especially if the computers run awry.

“Pete is a guy who blends that old-school, been at the exchange for a long time and understands the ins and outs, with someone embracing new technology that Citadel brings to the table,” said Paul Vogel, head of financial planning and analysis, Treasury and investor relations at Spotify, which hired Mr Giacchi as the DMM on its direct listing last year. “There was a lot of game planning and scenario analysis to understand how the stock might open.”

On Friday morning, Uber’s debut may look like chaos, with brokers swarming round Mr Giacchi, shouting out prices in a process likely to continue for hours after the opening bell. But weeks of planning and testing of scenarios by Citadel Securities’s quants, traders and risk managers will help his decision-making in the heat of the moment.

“When we arrive on Friday, we will have dotted all the i’s and crossed all the t’s,” he said. “Many teams across the organisation have been working on this.”

And while it sounds like a lot of stress, Mr Giacchi says he is excited.

“I have waited my entire career to trade a stock like this, and to open an IPO like Uber.”