The following article by Frank Chaparro at Business Insider summarizes how our designated market making business supports the trading of more than 1,400 securities.

Business Insider: A small band of human traders at electronic trading giant Citadel Securities are crushing it, and they could help the firm tap into a $800 billion market 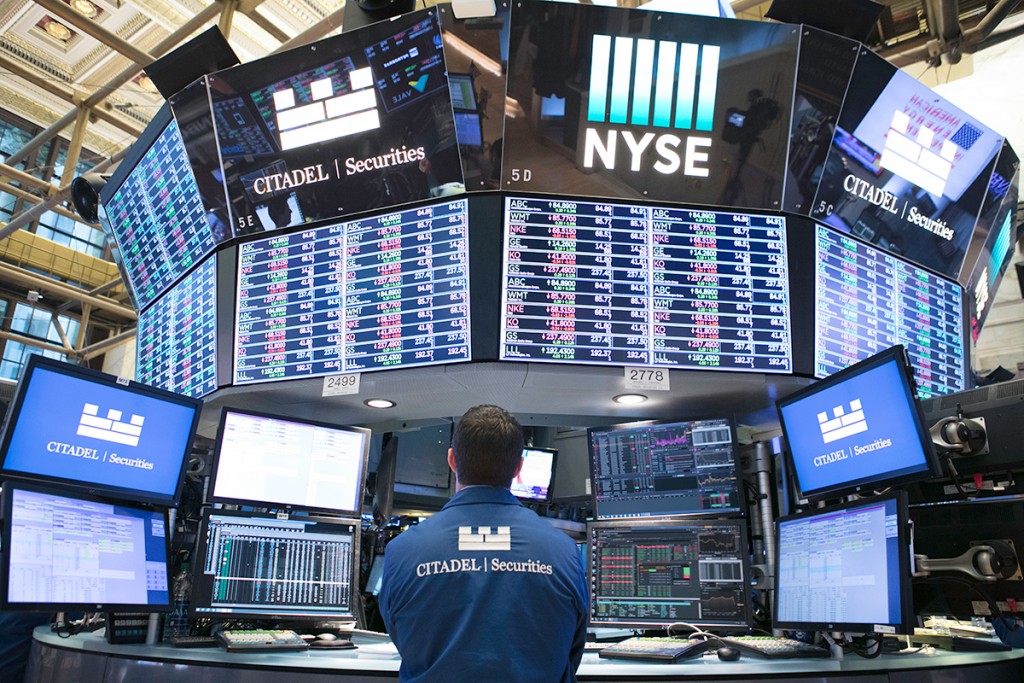 One of the largest electronic traders in the world has seen its market share increase in one of the last vestiges of human trading on Wall Street.

Citadel Securities, which acquired its trading business on the floor of the New York Stock Exchange in 2016 from high-frequency trader KCG, is responsible for helping the trading of more than 1,400 securities, including Walmart and Coca-Cola, as a so-called designated market maker.

DMMs, also known as specialists, are human traders responsible for maintaining fair and orderly markets for NYSE-listed stocks particularly during complex events like IPOs and the opening of the trading day.

Citadel Securities has won 71 listings since May 2016, which is more than any other trading firm on the floor and includes newly launched special purpose acquisition vehicles, initial public offerings and direct listings. That translates into a win-rate of 44% during that period, including the headline-making direct listings of Spotify and insurance firm AXA’s initial public offering. Its win-rate for 2018 stands above 50%, showing the firm is winning listings at an even faster clip.

In total, Citadel’s market share stands around 41% of NYSE listings, compared to 35% for rival GTS. Other competitors on the floor include Virtu Financial and IMC.

When Citadel acquired the DMM business from KCG it made a bet that hiring more staff and more proactively reaching out to potential clients would help it grow, Joe Mecane, head of execution services at Citadel Securities, said in an interview with Business Insider. 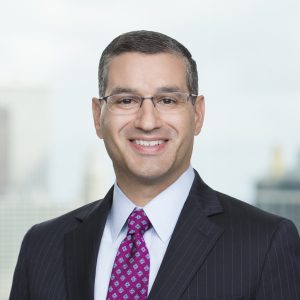 “I would say that for the year before I joined, a lot of the focus was on rebuilding the trading technology,” Mecane said. “We would point to the fact that we are a top performer in terms our participation rates as evidence of our success in rebuilding that.”

Citadel has also put a bigger focus on marketing itself to potential clients and holding conversations with companies well-before they make the decision to go public, Mecane said.

Typically, when a company files to go public on the New York Stock Exchange, market-making firms set up 20-minute interviews prior to IPO day to pitch themselves to manage the first trade of the issuers’ stock.

Now, Citadel is trying to have a lot of those conversations earlier in the process.

“We are being more proactive in terms of reaching out to possible clients earlier on to tell our story,” Mecane said.

To that end, Citadel has brought on two trading vets this year to pitch potential clients on its DMM business, including Michael Harris, who joined the firm from Morgan Stanley, as head of business development and Rich Barry, who joined the team from the New York Stock Exchange, as head of corporate client services.

Citadel has the pitch down, according to Mecane.

“It is about the whole package,” he said. “We trade a huge amount of volume, have the most diverse order-flow and superior risk-management capabilities, and we also pride ourselves on our market structure expertise internally.”

Those attributes, Mecane says, could play a key role in attracting firms looking to conduct a direct listing, a way to go public as Spotify did without raising money via big bank underwriters. 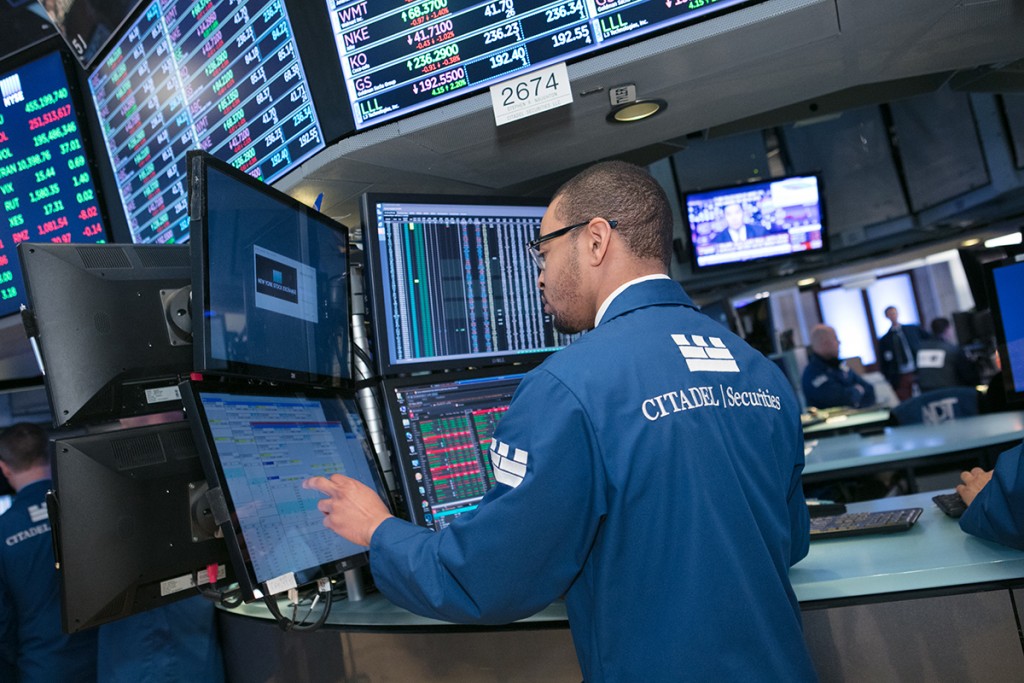 In a direct listing, it’s the market-makers job to get a sense of investor appetite in the security so that it can set a price for the first trade. Strong technology married with deep liquidity better positions a firm to handle such a transaction, said Shawn Cruz, an analyst at TDAmeritrade.

“When you are looking at a direct listing, having a balance in orders is key to relatively stable opening price, because if you don’t balance those you could see volatile swings at the open,” Cruz said.

Citadel is also betting a rise in the number of special purpose vehicles will be good for its DMM business. SPACs, also known as blank check companies, raise money in the capital markets for acquisitions.

Citadel said it’s served at the DMM for every listing of so-called special purpose vehicles.

Mecane said the firm’s history as the go-to SPAC market maker on the floor of NYSE will translate into more business in the future.

NYSE pays designated market makers enhanced rebates —a payment to brokers made by exchanges to add liquidity to their venues — but it’s not a big profit opportunity, according to insiders.

The value of the DMM isn’t necessarily in how much money it brings in for the firm but what it could translate into for other businesses that could be more lucrative down the line, Mecane said.

That’s because the DMM business establishes a direct relationship with corporate clients.

And that could potentially help the firm expand its market making business in fixed income, which serves 1,000 institutional clients across 47 countries. For instance, a DMM client could potentially partner with Citadel to customize interest swaps for hedging rate exposure when issuing debt or to buy and sell treasuries as part of their cash management and balance sheet activities. This is a service Citadel already provides for corporations.

It could also get new businesses off the ground. A business to help companies repurchase shares is one opportunity the firm is considering, according to Mecane.

Typically, Wall Street banks help handle buybacks for their corporate clients, but since DMM firms in theory have a strong sense of how a given stock trades, such firms could be well positioned to provide such a service.

Let’s say, for example, Coca-Cola wants to buy back $500 million worth of shares. A company like Citadel could serve as a broker to match buyers and sellers and execute the trade in a way that lessens the impact on the broader market.

Elsewhere, rival GTS is also looking to capitalize on the buyback boom and is leveraging its DMM relationships to grow its buyback business, according to a source familiar with the firm’s strategy.

As for how large of a profit opportunity this is for trading firms, insiders estimate that brokers have an opportunity to rake in more than $100 million in fees from the $800 billion buyback wave.

“If they get paid a penny a share to trade a buyback, then it is going to be lucrative,” Sandler O’Neill analyst Richard Repetto said in an interview.

This article was written by Frank Chaparro from Business Insider and was legally licensed through the NewsCred publisher network. Please direct all licensing questions to legal@newscred.com.